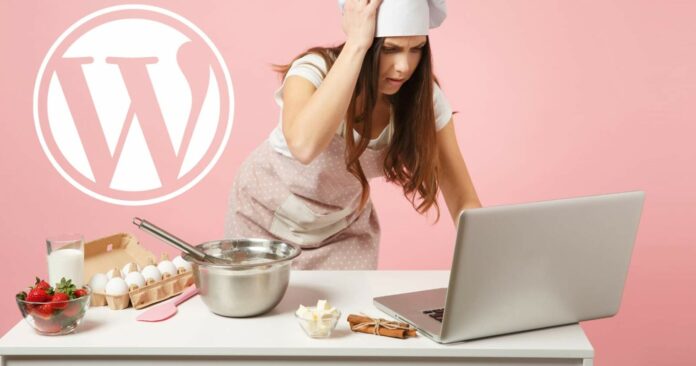 Cross-site scripting vulnerabilities are characterized by an attacker gaining the ability to target the browsers of visitors through the use of malicious scripts that were surreptitiously placed on a website.

XSS attacks are among the most prevalent type of vulnerabilities.

This specific attack is called an Authenticated Stored Cross-Site Scripting Vulnerability. A Stored XSS vulnerability is one in which a script is placed in the website itself by an attacker.

But this is an Authenticated Stored XSS vulnerability, meaning that the attacker must have website credentials in order to execute the attack.

This makes it less of a critical risk because it requires an attacker to take the extra step of acquiring credentials.

This specific WP Bakery vulnerability requires that the attacker obtain contributor or author level posting credentials to a website.

Once an attacker has the credentials they are able to inject scripts on any posts or pages. It also gives the attacker the ability to alter the posts created by other users.

This vulnerability was composed of multiple flaws.

The flaws allowed the injection of HTML and JavaScript into a credentialed users posts or pages and also to those of other authors. There was also another specific flaw that targeted buttons that had a JavaScript functionality attached to it.

“The plugin also had custom onclick functionality for buttons. This made it possible for an attacker to inject malicious JavaScript in a button that would execute on a click of the button. Furthermore, contributor and author level users were able to use the vc_raw_js, vc_raw_html, and button using custom_onclick shortcodes to add malicious JavaScript to posts.”

WP Bakery Page Builder 6.4 and Under Are Affected

The vulnerability was discovered in late July 2020. WP Bakery issued a patch in late August but other problems still remained, including in a second patch issued in early September.

The final patch that closed the vulnerability was issued on September 24, 2020.

Plugin software developers publish a changelog. The changelog content is what shows up in the WordPress admin plugin area that communicates what an update is about.

Unfortunately, WP Bakery’s changelog does not reflect the urgency of the update because it does not explicitly say that it is patching a vulnerability. The changelog refers to the vulnerability patches as improvements.

The WP Bakery Page Builder plugin is often included in themes. Publishers should check their plugins and make sure they the latest and safest version which is 6.4.1.

Digital Content Marketing Strategy: How It Helps You Grow

What is Brand Marketing and Why Is It Crucial in Your Facebook Strategy?

Importance of Investing In Marketing During Economic Downturn

How to Create an Effective Customer Journey Map

Why Authentic Marketing Will Replace Advertising

Let’s face it: Paid ads no longer work. Advertising may be the most popular customer acquisition channel, but it is increasingly saturated and expensive. Click-through rates...

Intuitive Web Design: How to Make Your Website Intuitive to Use

5 Tips for Managing and Improving Your Online Reputation

How to Keep Your Brand at the Focus of Your Content...

Intuitive Web Design: How to Make Your Website Intuitive to Use

Millions of Twitter Followers Lost After Crackdown on Fake Accounts

20+ SEO Words You Should Delete From Your Vocabulary Immediately

3 Trends Marketers Can Use to Supercharge Demand in 2021

This website uses cookies to improve your experience while you navigate through the website. Out of these cookies, the cookies that are categorized as necessary are stored on your browser as they are essential for the working of basic functionalities of the website. We also use third-party cookies that help us analyze and understand how you use this website. These cookies will be stored in your browser only with your consent. You also have the option to opt-out of these cookies. But opting out of some of these cookies may have an effect on your browsing experience.
Necessary Always Enabled
Necessary cookies are absolutely essential for the website to function properly. This category only includes cookies that ensures basic functionalities and security features of the website. These cookies do not store any personal information.
Non-necessary
Any cookies that may not be particularly necessary for the website to function and is used specifically to collect user personal data via analytics, ads, other embedded contents are termed as non-necessary cookies. It is mandatory to procure user consent prior to running these cookies on your website.
SAVE & ACCEPT
MORE STORIES
SEO

The Best SEO Conferences to Attend in 2018