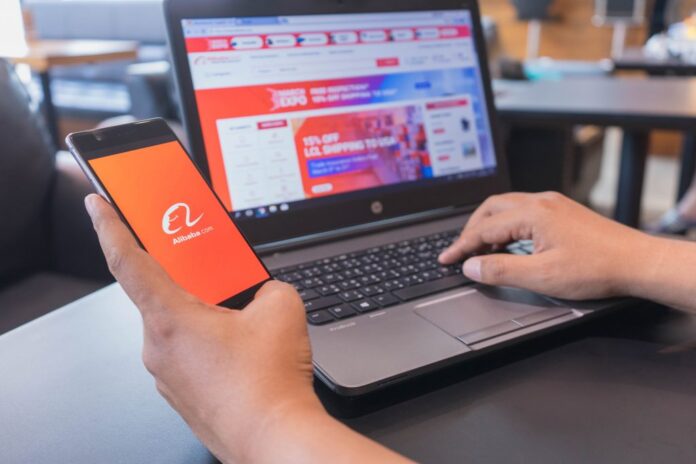 The State Administration for Market Regulation on Nov. 10 released draft regulations aimed at curbing anti-competitive behavior, citing practices such as exclusive contracts with merchants and predatory pricing that are allegedly common in the Chinese e-commerce space. The proposal is open to public consultation until Nov. 30.

Alibaba and its main rivals, JD.com Inc. and Pinduoduo Inc., command a combined 83.6% share of the Chinese retail e-commerce market, according to eMarketer. The data forecasts that Alibaba will achieve $1.17 trillion of sales in 2020, over three times more than JD.com.

Alibaba’s dominance stretches beyond online retail. Its $3.6 billion acquisition of leading hypermarket operator Sun Art Retail Group Ltd. will catapult the Jack Ma-founded company to the top of the offline retail market too. Furthermore, its 33% ownership of Ant Group Co. Ltd., the company behind Alipay, makes it a duopoly force in digital payments alongside with Tencent Holdings Ltd.’s WeChat Pay, thanks to the walled-garden system enforced by these internet companies.

Alibaba’s enviable market share in e-commerce does not come without controversy. JD.com executives mentioned during the company’s third-quarter earnings call that the “pick-one-of-two” scenario, whereby merchants are pressured into signing exclusive contracts with platforms, had limited the company’s potential. Chinese microwave oven maker Galanz (Zhongshan) Electrical Appliances Ltd filed a lawsuit against Alibaba in 2019, alleging that its products disappeared from search results on Alibaba’s Tmall platform after it began working with Pinduoduo.

Industry observers believe that JD.com and Pinduoduo will benefit from better regulation of the sector, while other smaller players may have more room for growth. “The draft regulations prohibiting the use of measures to compel exclusivity to particular platforms look strong. I wouldn’t be surprised if we see Alibaba’s closest competitors, JD and Pinduoduo, celebrate this level of protection,” Michael Norris, research and strategy manager at AgencyChina, told S&P Global Market Intelligence on Nov. 10.

The timing of the draft regulation’s release, just a day before Alibaba’s flagship Singles Day shopping festival, sent a clear message that the Chinese regulator is homing in on antitrust violations by internet companies, said Gao Yaping, partner at law firm Deheng, in an interview.

The draft was released a week after Ant’s IPO was abruptly pulled by China’s financial regulator, sending shockwaves through the internet sector. Alibaba’s stock dropped 16.1% from Nov. 2 to Nov. 13 amid the upheaval caused by the two events, despite the record 498.2 billion yuan of transactions recorded during its concurrent Singles Day campaign.

“Stopping the Ant Group IPO was a strong signal from regulators that they want to maintain control over major domestic technology companies. The draft regulations are a further illustration of this goal,” said Benjamin Cavender, managing director at China Market Research Group, in an emailed reply to Market Intelligence.

Although anti-competitive practices are broadly covered under existing e-commerce regulations, the latest proposals explicitly address issues including lower search rankings that result from the “pick-one-of-two” scenario and user data misuse in predatory pricing.

“It is difficult to say if the proposal and amended regulations will trigger more lawsuits, but the draft regulations provide a clearer definition on the antitrust violations, so it offers a clearer thought process for the concerned parties to take up the cause,” said Liu Cheng, a partner at King & Wood Mallesons who practices antitrust law.

“If you want to take on the platform, a lot of evidence is needed to show that the practices cause harm to the market, its competitiveness and also impact to the consumer,” said Liu.

The impact of the new regulations may be limited by the difficulty in executing them, Kenneth Fong, analyst at Credit Suisse, wrote in a Nov. 11 note. Traffic allocation by a platform is driven by a number of factors including price, customer reviews and product popularity, Fong wrote. It will be hard for merchants to prove that they are discriminated against by platforms based on the reasoning of exclusive arrangements, he added. “While the rule would create a level playing field, it doesn’t necessarily cause a meaningful market shift,” Fong wrote.

The rules will, however, place more scrutiny on Chinese internet companies’ growing market share and encroaching presence into the daily lives of consumers, said Liu from King & Wood Mallesons. Mergers and acquisitions that could give rise to antitrust violations must be submitted for review, and market share, as in the case of Alibaba’s takeover of Sun Art, should be one the factors taken into account, he added.

The merger of Tencent’s game livestreaming platform DouYu International Holdings Ltd. with HUYA Inc. in a deal that will form the largest such platform with a 75% market share, is another example of a transaction that would require regulator approval with the amended regulations, Gao from Deheng noted.

“Whether the [regulator] can be firm with their execution of the clauses in the draft and how efficient they will apply the clauses are also important factors that companies need to note,” Gao said.

Tencent said during its latest earnings call that its media content and gaming-focused business are potentially not within the scope of the antitrust draft regulations. However, it may face challenges in game content distribution. The Hong Kong-listed company does not allow TikTok Inc.-owner Beijing Byte Dance Telecommunications Co. Ltd. to distribute its game-related content, which may lead to an antitrust dispute, according to Alex Liu, director at China Renaissance Securities. Nevertheless, it does not pose an immediate risk to Tencent, Liu noted.

While the draft proposals touch on the misuse of consumer data, it is not a risk for companies like Tencent and Alibaba that thrive on a user data-driven ecosystem with myriad functions such as digital payment and social messaging, said Jet Deng, senior partner and the co-chair of Dentons China competition and antitrust practice.

“The antitrust draft does not ban dominance, but stresses ‘strengthening regulation in a scientific way’ to maintain a relatively fair environment,” said Deng.

How To Use Effective Persuasion (Plus 5 Ways To Write Email...

How to Select the Right Micro-Influencers For Your Brand

How To Inspire Your Content Team To Have Better Ideas

Importance of Using Micro-Influencers in Retail: How & Why

How to Promote an Event on Social Media in 12 Steps

Assess These 5 Pillars to Determine If You Need a Marketing...