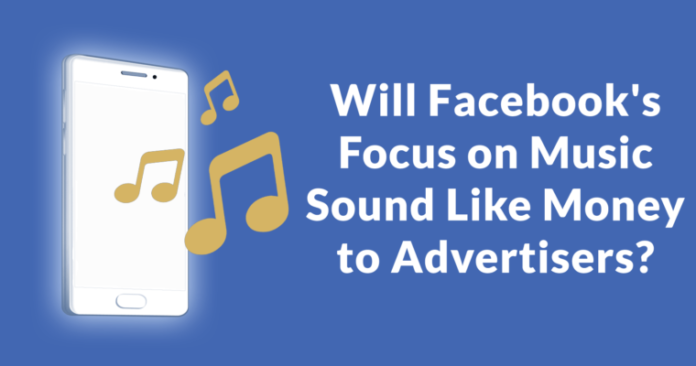 Facebook recently announced a change to their news feed that distanced itself from news. The announcement inspired questioning about what kinds of content will Facebook show? That question may have just been answered. Facebook announced a music industry partnership, which may offer clues to a part of Facebook’s new strategy: entertainment content.  This makes sense in context of Facebook’s official statement that:

“Many creators who post videos on Facebook prompt discussion among their followers, as do posts from celebrities.”

In an announcement titled, Building Community Together With Music, Facebook announced a wide ranging deal with companies that represent music publishers, songwriters and performers, worldwide. Here is a partial list of organizations:

“Facebook’s mission and music share something special — at their core, they both bring people together, enable stories and emotions to be shared, and forge bonds. Together, Facebook and the music industry are bringing the songs you love into the way you express yourself on Facebook… This means more ways to share, connect, find your fans and be your favorite artist’s biggest and best groupie.”

That statement prompts the question of how will the “creators of music” be compensated? The answer may be that Facebook is paying the music industry for the right to stream the videos.  A statment by Kobalt Music Publishing, which represents 25,000 music artists, was equally cryptic about who was paying the musicians and music publishers:

“In the spirit of a true partnership, Facebook will ensure songwriters are paid fairly and new revenue streams are created for user uploaded video.”

Last year the NMPA issued a statement announcing that talks were underway for Facebook to create a copyright infringement system and licensing music from publishers and artists in a manner similar to how Spotify and YouTube do.  So it’s likely that licensing music is how Facebook will acquire the rights for users to stream entertainment.

It may be possible that Facebook is trying to engineer the kinds of discussions users have. Do advertisers necessarily want to post ads on heated political discussions? Does that even monetize? Even more important is will a Facebook community that is less political and angry be easier to advertise to?

Images by Shutterstock, modified by Author

7 Ways Social Media Can Be Used Effectively By IT Companies

A Branding Secret Inside all Humans: Everybody Wants to be Taken Somewhere

The Ultimate Beginners Guide to GDPR Compliance in 2019

How To Use Social Media To Promote Your Next Event

The Key to Unlocking Brand Advocacy

Social Media And The End Of The News As We Know...

We use cookies to ensure that we give you the best experience on our website. If you continue to use this site we will assume that you are happy with it.Ok